Thessaloniki: the present and the past hidden in its streets!

This is a city you want to live in that will win you over, if allow its lively rhythm to carry you away for a while. Thessaloniki is a mixture of culture, history and natural beauty, with colours and fragrances from lands, cultures and people that have travelled through time, all condensed into the present.

Its name is special, just like its history. It is located in the north of Greece with a view of Thermaikos Gulf and its history began in 315 B.C. It got its name from the wife of King Cassander, Thessaloniki, who was also the half-sister of Alexander the Great. Due to its strategic position it was a point of cultural development throughout the centuries, as proven by its gorgeous monuments.

It is the second largest city in Greece, often referred to as the “co-capital”. Despite its size everything seems – and actually is – nearby. The layout of the city centre, the sea and the new pedestrian street signs make finding your way around town easy, even if it is your first time here.

A walk in the city Centre

The city centre is a broad area that includes many municipalities and sights. At the very centre of the city you will find the Roman Market and Aristotelous Square, which stands out due to its layout and architecture. Upon reaching the seafront and looking around you will see homes, hotels, cafés, bars, the White Tower and the city port. If the skies are clear, you can look across Thermaikos gulf and see the seaside areas all the way to Angelochori. Walking along the seafront to the east you will reach the White Tower, the symbol of Thessaloniki, which dates back to the 15th century A.D. It was part of the city’s southern wall and fortification, while at present it is one of the most important museums in the city. 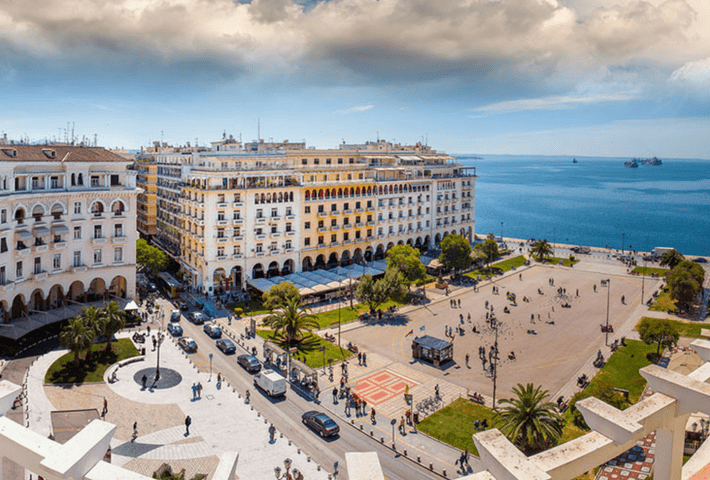 Heading up hill from the White Tower you will encounter Galerius’ monuments. These start with Rotonda, a circular temple and Unesco World Heritage Site. Then you will find the renowned Arch of Galerius, which was once the entrance to the city. At present it is called Kamara (Arch) and it is a famous meeting point, while there are many cafés and university student hang outs in the surrounding area.

A little further along are Navarinou Square, the old Hippodrome and the square by the same name (Ippodromiou), which takes us to one of the most central streets in the city, Tsimiski Street. If you love shopping just wander along this street to lose yourself in boutiques, brand name stores, smaller shops and shopping centres that are located in the area.

Some of the city’s renowned churches are the Byzantine church of Agia Sophia, Vlatades Monastery, and Agios Dimitrios church with its famous catacombs. As far as museums go, the Byzantine Museum, the Archaeological Museum and the museum of the White Tower stand out, as do the museums of Contemporary Art and Cinema, which are located in the city port. Naturally, a city with such an intense character could not be lacking in cultural events and internationally renowned exhibitions, such as Thessaloniki International Film Festival, Thessaloniki International Fair, Thessaloniki Food Festival and Dimitria Festival, which are held every year and are an opportunity for the city locals to explore their cosmopolitan side.

The traditional architecture of Ano Poli is sure to enchant you!

In the northern part of the city Ano Poli (Upper Town) sprawls out, a traditional area characterised by cobbled alleys, Byzantine churches, and small colourful houses with tiled roofs. Ano Poli, also known as Palia Poli (Old Town), is one of the few districts to have survived the great fire of 1917. Next to its walls, Yedikule, also known as Heptapyrgion, stands untouched by the passing of time, as does the old north-eastern corner of the city, Trigoniou Tower. It is worth walking out onto the stone paved balcony to take in the panoramic view of Thessaloniki and watch the sun set behind Thermaikos Gulf. 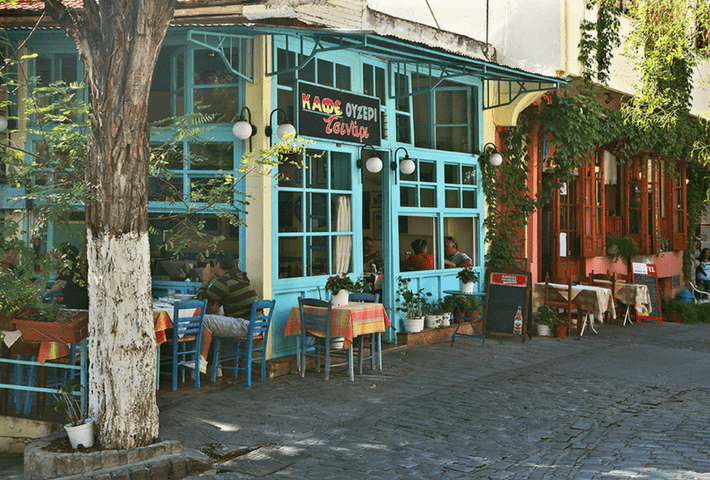 If you love walking or cycling, then Nea Paralia (New Seafront) is worth a visit. The first thing that stands out is the ‘Umbrellas’ installation, which highlights the artistic and modern character of the city, to be followed by the themed parks of Nea Paralia. Nature, playgrounds, street food, laughter, take away coffees and street music are some of the images that will accompany you on your journey through the parks to Thessaloniki Concert Hall. 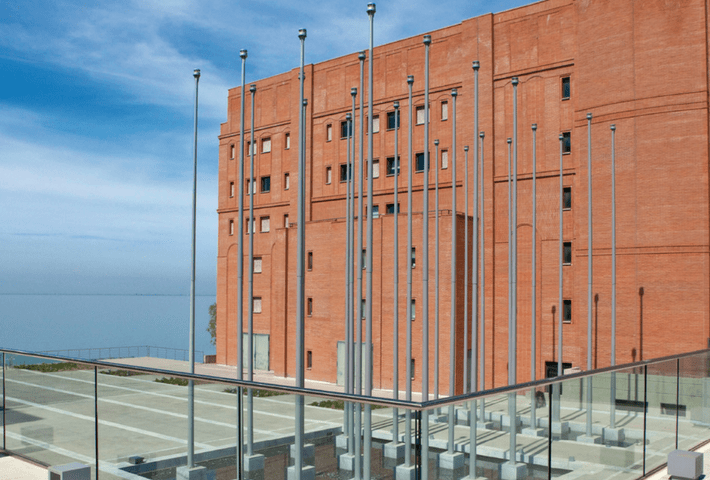 For those who love a good meal, Thessaloniki locals or “kardasia”(brothers), have made sure there is something for everyone. Due to its multicultural nature, Thessaloniki is a crossroads of flavours. Kapani, also known as Vlali Market is the old pedestrianised street market in the city centre, while around it are Modiano Market, Athonos Square, Bit Bazaar, areas filled with small tavernas, cafés and small shops with local mezes and food.

“I miss your magical nights”… So goes the song about beautiful Thessaloniki. Now it’s your turn to discover it!

Thessaloniki is a city with an intense temperament and night life. Night clubs, bars, cocktail and wine bars, as well as live music venues can offer you the entertainment that suits your taste. The areas most well know for their night life are Valaoritou District, the port, Ladadika District and Nikis Avenue on the seafront. During the summer months try having a cool beer on one of the boat bars that take you on a short trip around the bay. 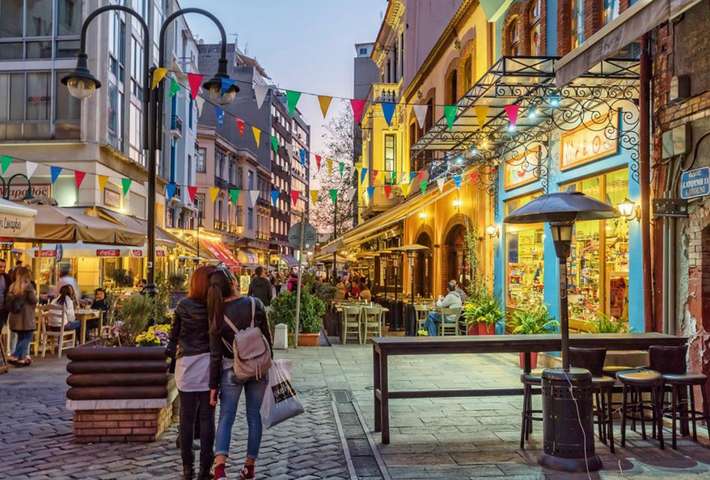 As far as accommodation is concerned there are many choices to suit everyone. If you are looking for luxury on your holiday without staying down town, you could try a luxury maisonette in one of the city suburbs, such as Panorama, Kalamaria or Nea Krini.

Access to Thessaloniki is easy as the airport is just 20 minutes from the city centre. If you aren’t one for the urban landscape, Thessaloniki also functions as the perfect base for winter and summer excursions. Nearby destinations include Mt Olympus for mountain trails and hiking, Pisoderi and 3-5 Pigadia Ski Centres, the Byzantine baths in Langadas, the hot springs in Pozar, the beaches of Chalkidiki for a dip in the sea during the summer, as well as a variety of other destinations that are easy to reach on the same day.

If you love sailing you can book your own sail boat for a few days and take a tour of Halkidiki and the Sporades islands from Krini marina or from the nearby harbours in Halkidiki.